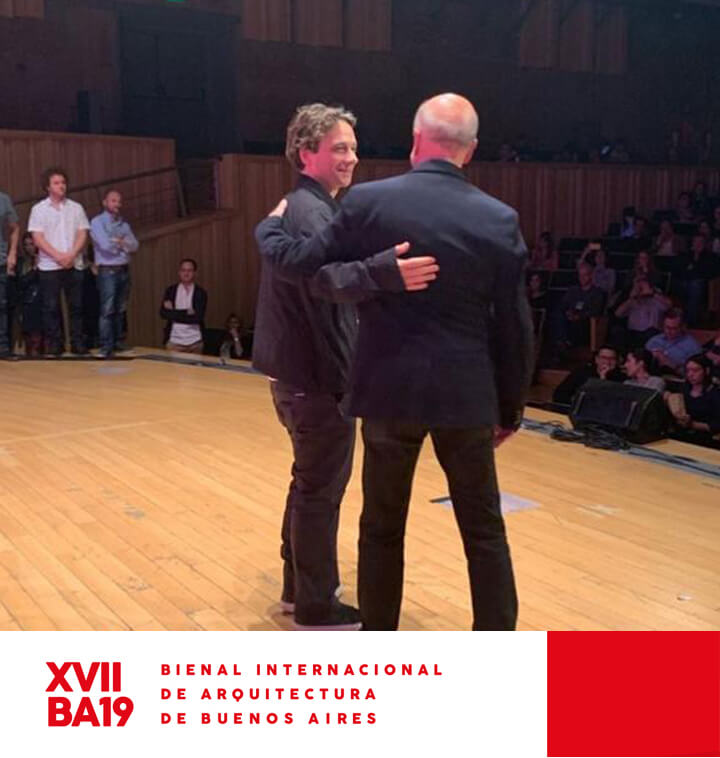 Friday 18th was the awards ceremony and closing of the XVII Biennial edition, and this time the studio has been awarded.

The International Architecture Biennial of Buenos Aires has always been a reference event for the study. From the forced pause in our routine work to understand other realities (Europe, Asia, Africa, Oceania, rest of America and now Antarctica) of the discipline. Biennial in which we listen and saw so many teachers who feed and drive us (Mendes Da Rocha, Benítez, Bucci, Aravena, Browne …) until the first time a work was selected for the competition in 2015 and then in 2017, after two previous attempts 2011 and 2013 in which our presentations were justly ignored. This year everything started differently, when the jury of the Biennial selected for the competition the five works that we had proposed. While we were still assimilating this joy, we are invited to exhibit a panel at the Usina del Arte that represents the work we do in the studio. Friday 18th was the awards ceremony and closing of the XVII Biennial edition, and this time the studio has been awarded. Touring the exibition and the works in competition, it was something we did not imagine because of the great level of works that have participated. The recognition comes from another place, corresponds to the integral production of the office, we feel it has to do with the way we assume the profession because it points to coherence, work and processes; more than the resulting object. “Prize for the young Argentine generation” says the diploma. Understanding the term “young” as an age issue costs a little when we average 40. We prefer to understand it as someone sees in our production possibilities for the future. In that we agree, and this recognition feeds us to continue growing.
More Images.